There are many misconceptions about whether life insurance companies will pay benefits when someone dies from a drug overdose. There is not a definite "yes or no" in response to this question — the answer, as with most insurance issues, is, "it depends."

When Does Life Insurance Cover a Drug Overdose?

Life insurance policies often cover deaths caused by a drug overdose, but it will depend on how the overdose occurred and the policy's exclusions. Individual insurance plans often include more exclusions than group life insurance.

One crucial element of an individual insurance policy is the contestability clause. This period usually includes the first two years a policy is in force when an insurer can contest or deny claims for various reasons.

During this period, if you were to die from a drug overdose, the insurer is more likely to deny your claim than after the contestability period is over. At that point, insurers can only contest claims in very serious matters, like a fraudulent application.

If you accidentally ingest too much prescription medication and die, your policy will likely cover your beneficiaries' claim. There are a few notable exceptions, however.

First, the policy may not honor the claim if you did not disclose the medications and why you were taking them when you bought the insurance.

Second, if you die soon after the policy goes into force (the contestability period), the insurer will likely investigate whether the overdose was intentional. In these cases, the insurer and beneficiaries may need to testify in court and resolve the issue with a judge or mediator.

When an insurer works to determine if an overdose death was accidental, they may examine the coroner's report. Common causes of accidental death that coroners are likely to list as unintentional drug overdose deaths include:

Accidental Overdose from an Illegal Drug

An insurer might cover a death caused by an illegal drug overdose if you disclosed related information. For example, if you attended a drug treatment program or receive ongoing care related to addiction, your policy may pay out.

However, if the policy explicitly excludes dangerous or illegal activities, this kind of disclosure is unlikely to help. Insurers typically deny claims when these exclusions apply.

The coroner's report can come into play here, as well. The report should indicate what the drug or drugs were that caused the overdose, including illegal drugs.

What about Intentional Drug Overdose (Suicide)?

Insurers usually consider intentional drug overdoses as suicides when determining whether they will pay a life insurance claim. Suicide is not a reason in and of itself for an insurance company to deny a claim. This is a common misconception. Suicide does complicate the claim, however, and make it more likely the insurer will deny it.

If you were to commit suicide when the suicide clause is still in effect, the insurer would almost certainly negate the policy and deny your beneficiary's claim. Insurers include suicide clauses to prevent a situation where someone purchases an insurance plan with the intention of committing suicide, assuming their family would receive the payout.

The number one thing you can do to help ensure an insurer will pay the claim if you die from a drug overdose, intentional or not, is to fill out your application honestly. Your odds of being rejected altogether may go up if you disclose information about drug addiction.

You may need to supply documentation to support your answers.

While your disclosures can cause the insurer to reject your application, they may offer a plan with a lower death benefit or higher premiums. The insurer might also add exclusions to the policy related to suicide and drug use.

Suppose you decide to take the gamble and skip these disclosures. In that case, the insurer is much more likely to deny your beneficiary's life insurance claim if your death is related to dangerous activities or suicide.

When the Insurer Denies a Beneficiary's Claim

Sometimes, an insurance company denies a life insurance claim because of a drug overdose during the contestability or suicide waiting periods. In these cases, the insurer usually reviews information listed in police reports or a medical examiner's opinion on the cause of death.

Occasionally, a life insurance company will deny a claim after carrying out an independent investigation. In these cases, the insurer examines information like:

In these cases, the insurance company may reach out to your friends, family, and witnesses who were present at the time of death. These parties could be interviewed about your past behavior and mental state around the time of death.

If they disagree with the insurer's decision, beneficiaries can contest insurance decisions through the claims process at the insurance company or through legal action. This often happens when an overdose death involves prescription medication.

In some states, there are laws aimed at protecting beneficiaries from suicide clauses. These laws could include a limit on the length of clauses or preventing insurers from adding suicide clauses to changed policies.

If you aren't sure whether your life insurance policy covers drug overdoses, look for clauses like these:

It is not uncommon for insurers to fight life insurance claims involving drug overdoses. However, in many cases, insurers do pay death benefits in the event of accidental and even intentional drug overdoses.

Be sure to disclose information about any issues you've had with drug addiction, mental health, and dangerous or illegal activity. Failing to do so can lead to a denied claim. It is critical to read through your plan carefully and to share copies of it with the beneficiary or beneficiaries.

Find the life insurance plan that's right for you in three easy steps at PolicyScout. 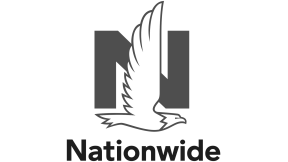 Get tips to protect what matters most, for less.

Advice You Can Trust

Advice You Can Trust

Security & PrivacyTerms of ServiceCareersBecome An AgentContact Us

Throughout the years, PolicyScout™ has developed relationships with leading insurance companies to provide the best rates for consumers. We pride ourselves on putting the consumers first and delivering a new way to shop for insurance online. With our platform, consumers can compare all types of insurance types. From Medicare, Health Insurance, Life Insurance, Auto Insurance, Home Insurance and more. By using our platform, we’ll protect your data, find you savings and even help you enroll for insurance online. We didn’t invent comparing insurance. We just perfected it.

All Rights Reserved by PolicyScout © 2020