The Unmarried Couple's Guide To Finances

The Unmarried Couple's Guide To Finances

Relationships are complicated. Sure, you enjoy the pleasure and comfort of not having to face the world alone, whether that means having someone to vent to about work or knowing you have a plus-one for your cousin's wedding next year.

But then the question arises — when you're that close, how much do you merge your lives? When do you start living together? And of course, there's the big debate of finances.

To blend or not to blend?

It's becoming increasingly common for couples, especially millennials, to bind their financial lives before they tie the knot.

Some aren't planning to get married at all. A 2019 Pew Research Center survey shows that 43 percent of Americans believe that marriage is becoming obsolete, and 70 percent believe that a couple has the same chances of happiness whether or not they get married. If you can combine your finances without getting married, does it matter if you have the piece of paper and the ring?

The Risks of Financial Co-Mingling

In the same survey where almost half of Americans called marriage obsolete, 39 percent said that a married person was more financially secure than a cohabiting person. It all comes down to the fact that marriage is a legal contract. When it ends, the law dictates how finances get divided.

Breaking Up Is Hard to Do

In some states, a married couple has to divide their assets 50-50. In others, assets get divided "fairly," which doesn't always mean half and half. If someone doesn't comply, you can take them to court.

You can't do that in an unmarried partnership unless you've signed what some people call a "living together agreement." If you haven't signed one, you could get yourself into any number of snags.

Not Breaking Up Is Also Hard to Do

Even if you stay together for your entire lives, what happens after one of you passes? When a married person dies, unless the person's will states; otherwise, the surviving partner usually gets joint assets automatically and is one of the primary beneficiaries according to state inheritance laws. If you're not married, the partner has no inheritance rights other than in the will.

Do you know what you'd do as a couple if one party's earnings drop or increase significantly? If you lose your job, will your partner support you? For how long?

All of these considerations are important, but they're not certainties. Your co-mingled finances might do just fine. More than that, it might be the best decision you make as a couple.

The Benefits of Blending Finances

Whether you're married or not, two incomes in one house can boost your options in many ways.

First, because you're not legally tied to one another, you have more freedom to decide who has ownership and responsibility for which assets. A married couple who buys a house usually then owns that house as "marital property." If you're not married, though, you have the right to draw up a legal agreement stating who owns how much of the house, and what will happen to it if you break up.

When you're not married, you also have more freedom when it comes to shared or individual purchases and asset ownership. If the two of you want to buy a car together and one of you has bad credit, you can put the other person's name on the auto loan application, and the bad credit won't even come into the picture.

When you're married, that isn't an option. Marriage makes two people into a financial unit, so if your spouse applies for a loan, the lender will look at your credit too.

Financial experts will tell you not to combine all of your money in a joint account if you're not married. Not only are you utterly unprotected if something happens, but you're also vulnerable to fights and resentments if one person feels like the other is overspending or not pulling their weight.

A safer alternative is to create a joint account for shared expenses and keep your assets separated, so you have a cushion in case something unexpected happens.

Whatever you decide, talk to each other about how you plan to manage shared expenses. Options include:

You can also come up with a completely original system, and that's fine if it works for you. Just make sure that you talk about it, and not only once. Sit down and look at bills together every month. Make sure both of you are okay with all shared expenses. Remember, for most costs, you can always re-think which expenses are shared and which are individual. 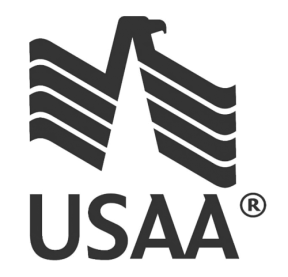